I almost got shot at the thrift store!

The craziest shit just happened. One of my employees calls me and tells me that they are gonna be running a little late today, and usually, that means there was a large haul of books. However, today was quite different……. Instead, this is what I heard over the phone

“Bro, you’re not gonna believe this, but I almost got blasted at the thrift store just now.”

It was extremely lucky that the bullet went into the wall and died, and didn’t hit anybody. Of which, there were lots of children  around.. So, yeah, my employee almost got shot today, and I’m gonna let him take the rest of the day off LOL…  What a guy! He didn’t even get any blood on the books 😉

That thrift life ain’t for everybody tho. It gets buck-wild sometimes. Be careful,ReezyResells 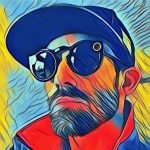